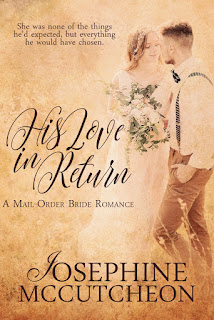 This story was previously released under a different title with a different pen name and has been altered somewhat from that format.

He shuffled in reverse. “If I had this to do over again, if I knew what succulence occupied my bed, I would not have wed. I wanted a companion. You painted yourself plain and dull, able to care for the house, tend to my things. I wanted … not decadence, ribbons, and bows, not cake coated in frosted perfection, not a feast for my senses, a light in my eyes, but instead a colorless, flavorless existence.”

Dovie’s heart squeezed in her chest.

“You are everything I thought to avoid,” he said. With that, he revolved on his heel and left.

Augustus Boulanger advertised for a bride of plain countenance, able to cook and clean. But though he wanted companionship and an ease to his loneliness, he had no plans to become a true husband or father. The sin in his past, which tears at him day and night, is too great to overcome.

Dovie Monroe is not her real name, but by taking the place of the woman who passed on the ferry, she can have a better life than what her parents planned. Augustus is young and healthy and pleasing to the eye. She’ll start a new life with him.

Yet her lie combined with his horrible secret could prove too strong for their fragile marriage and their memories too much to set aside. Unless they place their trust in the undeserved forgiveness of a loving, gracious God. 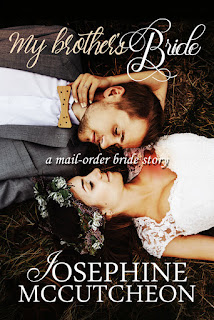 He was more hesitant to touch Audra’s things. She’d left most of them in her bag, but a dress lay over the end of his bed. He touched it, his hands trembling, on the spur of the moment, gathering it to his nose. He inhaled and grew heady from the scent of her. Holding it there, he tried to take stock of himself.

He’d gone all these years without companionship, and at this childish gesture felt his masculinity greater than ever before. And strangely, a need for her softness, for the gentle hand and loving gaze a woman would give. As strong as he thought he was, alone, with her, he could be that much stronger.

Audra Pazikas came to America with her Papa for better opportunities, but his drinking and harsh life in the city soon reduced them to a miserly existence. His death, years later, leaves her with no choice but to accept the hand of a gentleman out west, seeking a bride. Perhaps, though, she’ll find success and happiness in a new part of the country.

Family resentment put Gilbert Warren under his older brother’s thumb from the youngest age. What his half-brother was too lazy to do for himself, he’d always force him to do. Including, taking his place during his nuptials. He just wishes his brother’s bride knew he wasn’t her new spouse.

The death of his brother before she can meet him throws their lives into unforeseen disorder. She was his brother’s bride, but the days passing by, more and more, the marriage that should have happened was their own. 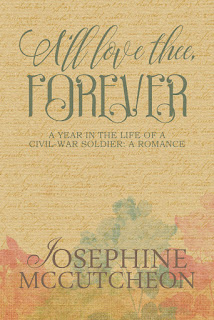 “I am unsure of many things,” he said. “My mind drifts back into battle sometimes, filling me with confusion. But the love I have for you is the same, greater even, than it was. Do not doubt that. I only wish I was the same man who gave that promise. The fool who thought war was noble and honorable. Would that I knew then what I know now.”

***
Arlen James went off to war full of pride and high ideals. But the youthful Confederate soldier he once was now lies broken. Tormented by visions of battle and crippled from the loss of his legs, two years of fighting has robbed him of any will to live.

Rosaline Crawford watched for any word of her beloved, Arlen, hopeful that when he returned, they could begin the life together they’d planned before the war. The man she finds, however, is a shell of his former self, and her days now at the whim of his bad moods.

Yet, as time passes, the love which sustained them during their long separation grows stronger than it’s ever been, and though they stumble along the way, the anguish of their past shines God’s light on a most-blessed future.

A short story of 15,000 words. Adapted from a previous release under another penname.

Josephine McCutcheon is a pen name for a line of historical romance short stories and novellas.